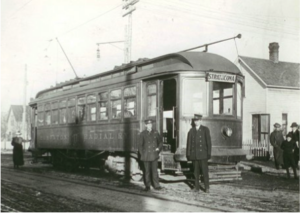 In 1911, 569 became members of the International Union and we were known as Division 569 of the Amalgamated Association of Street and Electric Railway Employees of America.

That same year we began our relationship as a Civic Union with the City of Edmonton who owned and operated the Radial Railway.

Many things have changed over the years such as equipment, the schedules are tighter and routes are interlined.

But the commitment to our roles has never changed. Our members ensure that we are well trained, the equipment is clean, safe, road worthy and we provide service to the public safely and professionally.

Here is a short video of one of our first female bus operators along with others from our 2022 retirement banquet!

We keep the City moving!